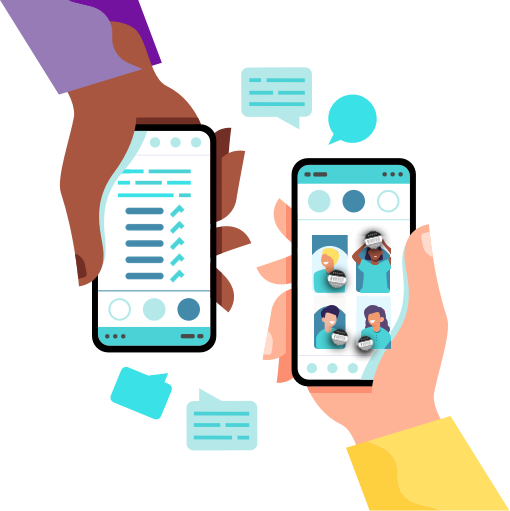 This article was originally published in The Fulcrum.

Here’s a situation many may face this fall: The deadline to ask for an absentee ballot is a week away. You head to your state’s website and download the PDF of the form to be mailed in. But your printer is out of ink, and expected delivery is one week out.

You tell yourself you’ll come back and figure something out. But all the sudden it’s six days later and you’re about to miss the deadline, despite your best intentions.

Voting by mail will be a powerful tool for ensuring voters make their voices heard during the coronavirus pandemic. To set it up for success this fall, there is no shortage of steps the government must take — from ensuring local election office capacity to shoring up the Postal Service.

But there is also a human angle: To maximize use of mailed-in ballots, we need to understand and plan for how humans react to unfamiliar and somewhat complicated tasks that lack clear deadlines.

Unfamiliarity, hassle factors and procrastination. Those are labels for three behavioral breakdowns that people will confront. They cause a drop-off between having an intention to do something and actually taking action. Here’s how we can help voters overcome these breakdowns for vote-by-mail, using what we know from the field of behavioral science.

Unfamiliarity. For many, absentee voting is a new and unfamiliar process. For younger people, they aren’t accustomed to communicating by mail at all. Anything new has a learning curve — and unfamiliarity can be compounded by lack of trust. Will my ballot get here on time? Will it be counted?

Solutions start with tapping the power of what’s called the familiarity principle: We’re more likely to prefer something when we see and hear it more. So election administrators need to start talking about voting by mail now — and not just from a policy perspective. They need to show examples of people requesting ballots and walking through the process — preferably community members and recognized figures, in order to build trust.

Thanks to the power of social norming, people are more likely to do something when they think others are doing it too.

Hassle factors. These are the seemingly trivial things that get in the way of accomplishing a task. Remote voting is filled with them, from trying to find the right information on state websites to tracking down stamps. For many, the anticipation of dealing with these things is enough to cause them to not even want to start.

Reducing the hassle factors of voting by mail demands policy change, effective process design and technological innovation. For example, while some states let voters request ballots online, most absentee voters must still print, sign, stamp and mail their completed ballots. A digital transition would reduce steps and materials required. States could also limit hassle factors by sending every voter a ballot, not waiting for them to ask.

Recognizing these are huge undertakings, entrepreneurs are responding with creative ways to reduce current hassles. MailMyBallot.org lets voters in some states fill out an online form for requesting a ballot from the proper local election official. Vote From Home 2020 enlists volunteers to mail absentee request forms to voters.

Governmental messaging can help people proactively navigate the system. It should give clear direction, without jargon or assumptions about understanding. For example, differentiate between “postmarked by” vs. “received by” and lay out exactly what they mean. Rather than saying a form is “due 7 days before” an election, provide the date — not because it’s particularly hard math, but because it’s one more to-do that causes people to drop off.

And voters can get bits of actionable information needed to complete a task — the number to call if your requested absentee ballot never arrives — using tools such as VoteAmerica’s election office locator.

Procrastination. This can be worse with voting remotely, since there isn’t one big moment we’re preparing for and experiencing collectively. Without a single Election Day when voting is a priority, it’s easy to put it off. In behavioral economics, the “planning fallacy” tells us we’re overly optimistic about our ability to finish tasks on time. We don’t leave ourselves enough time for the work, or the hiccups that might get in the way.

The first antidote is a clear time limit. Externally imposed deadlines increase follow-through. Deadlines during several weeks when voting-by-mail is possible, such as the newly launched Vote Early Day, will create a signpost to rally around.

After that, we can reward the early birds. Campaigns and colleges can create teams and use competitions to encourage returning their ballots as quickly as possible. Instead of “I Voted” sticker selfies, schools and politicians can encourage the sharing of photos of sealed ballot envelopes going in the mail — or emulate the Baltimore Votes idea of sending swag for voters to show off.

This sharing also taps into the most powerful nudge in voting: peer influence. We’re more likely to vote when we know others are, too.

Requesting and returning your ballot early is good for voters because you can’t put off something you’ve already done. And it’s good for everyone else: Avoiding a last-minute surge reduces stress on election offices to process ballots -— like we saw in several states with primaries last week.

Helping voters make a plan is another tried-and-true strategy for getting out the vote, because it forces people to think through details and makes intention more real.

In a tool my company built, voters can track their progress through the voting journey, checking off bite-sized actions and celebrating each one. The “endowed progress effect” tells us we’re more likely to achieve a goal if we feel we’ve already made progress toward achieving it. Helping voters see where they are and what comes next increases follow-through.

Avoiding new things, getting discouraged by hassles and putting off tasks that seem annoying — all are part of being human. And it’s easy to overlook the seemingly “little things” that shape each voter experience. But if we want to maximize participation in November, we must be clear about the ways behavioral realities can thwart our best intentions, then design strategies for voters to overcome behavioral breakdowns.